Print dimensions are measured from the platemark edges all are printed with approx. 5 cm (2" ) margins. For full-screen views with purchasing links, please click any image. 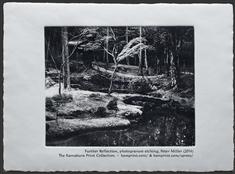 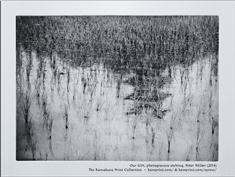 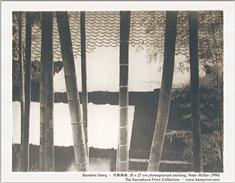 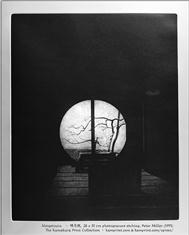 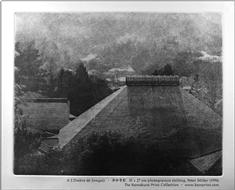 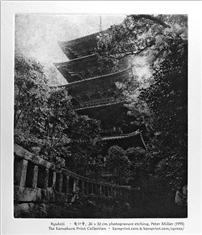 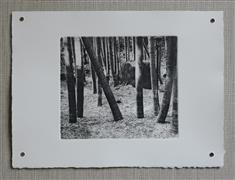 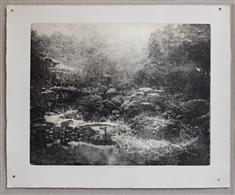 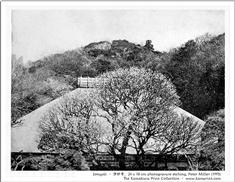 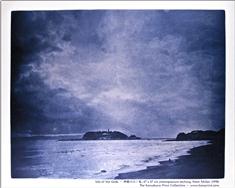 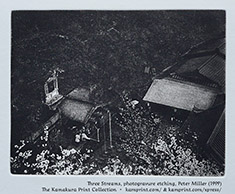 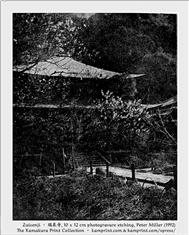 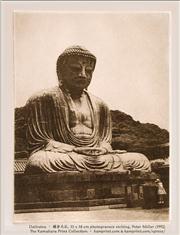 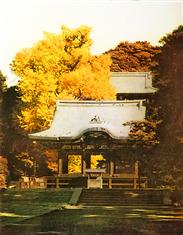 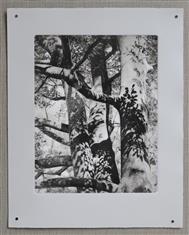 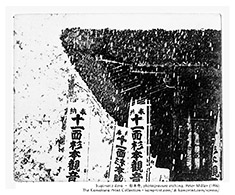 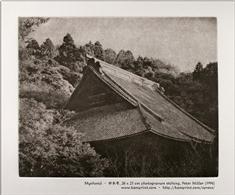 The shape of the hills surrounding Ryukoji suggest a dragon, with the temple site its mouth, so the name Ryukoji, meaning dragon's mouth, was given to this temple. On this site the dissident priest Nichiren was scheduled to be executed in 1271. Legend has it that a timely thunderbolt smashed the executioner's sword. Hojo Regent Tokimune got the message and commuted Nichiren's sentence to exile on remote Sado Island, thinking its harsh winter climate would finish off the nettlesome priest. Instead Nichiren was invigorated and the number of his followers increased. Upon his release, he was back in Kamakura preaching on street corners again. An earlier version of this graceful five-storied pagoda was built by Nichiren's followers. The present structure dates from 1910 and survived the Great Kanto Earthquake of 1923.

From all accounts including his own, Nichiren was a charismatic curmudgeon who insisted on the exclusive rightness of his cause. He also had an uncanny habit of being right. His cause was the Lotus Sutra, a sort of back-to-basics version of Buddhism that became increasingly popular in the 13th century in opposition to the Esoteric sects followed by the Hojo regime. When a series of earthquakes, plagues, and severe typhoons swept through Japan, Nichiren predicted further disasters and foreign invasion if the government failed to change its ways and follow the Lotus Sutra. The Mongol invasions of 1274 and 1281 followed soon thereafter. Eventually the Hojo regime got the message, and after being rescued by a typhoon that destroyed the Mongol fleet, dedicated itself not to the Lotus Sutra but to Zen. Tokimune, the Hojo regent, established Engakuji the following year (1282). Engakuji is unusual amnong war memorials in that it honors the dead of both sides, seeking in Zen a way to dissolve all enmity.

Komyoji Temple, located near the ocean at the southeast corner of Kamakura, is a huge structure whose roof can be seen from as far away as Inamuragasaki. Komyoji successfully weathered the storms of various regimes, retaining sponsorship through the Kamakura/Hojo, Ashikaga/Muromachi, Edo/Tokugawa, Meiji, and modern periods. It even managed to expand its holdings after the Meiji Restoration, benefiting from that regime's policy of separating Buddhism from Shinto. There are two impressive entrance gates at Komyoji. The Inner Gate was removed from Hachimangu by command of the Meiji Emperor (to preserve the Shinto purity of Hachimangu).

The pond and garden, designed by Enshu Kobori, give a dreamy vision of the paradise at the center of the Pure Land (Jodo) sect of Buddhism. Adding to its timeless air in summer are lotus blossoms, descendants of 2000-year-old seeds discovered and coaxed into life in the 20th century by botanist Ichiro Oga.

Zuisenji is set at the end of a long valley, approached by time-worn steps to a gate that frames the entrance. Its Zen garden was designed by Muso Soseki, who also designed Kokedera (the Moss Garden), Tenryuji, and the Gold Pavilion, all in Kyoto. Zuisenji's temple and garden reflect the Muromachi period (1336-1573) during which Zen, tea ceremony (cha-no-yu), cracked-glaze ceramics, and kaiseki cuisine developed and flourished.

Hachimangu was established by Yoritomo Minamoto, founder of Kamakura and the first Shogun of Japan. For most of its history, it had both Shinto and Buddhist elements. With the Meiji Restoration of Imperial rule in 1868, the government sought to separate the Buddhist and Shinto elements, so that Shinto could be made a state religion. They were so intent on this plan that they relocated the huge Inner Gate from Hachimangu to where it now stands at Komyoji. This is the largest such gate in the Kanto region.

The two ponds at Hachimangu honor the Minamoto and Taira, the two warring clans of the early Kamakura Period. The construction was ordered by Yoritomo Minamoto's wife Masako. In honoring the Taira, she also made sure that their pond had four little islands, since 'shi', the Japanese word for 'four', also means 'death'. The Minamoto pond has three little islands. The Japanese word for three, 'san', also means 'life'.

Wakamiya-oji, the broad avenue leading from Kamakura Station to Hachimangu, meaning 'Young Prince Way', was named in honor of the long-awaited first son born to Shogun Yoritomo and Masako. This son fell victim to clan rivalries following his father Yoritomo's accidental death in 1199, and the couple's second son, Sanetomo, was killed by an assassin who hid behind the ginko tree in 1219. The ginko tree itself fell at 4:00 am on March 10, 2010, a year and a day before the disastrous earthquake and tsunami at Fukushima. The lone witness, a groundskeeper, heard it, but fortunately no one else was present. Had it fallen only a few hours later, many visitors would have been killed and injured. Such is the kindness of this ancient giant tree that it hurt no one. It is remembered by many who visited Kamakura during school trips and at other times.

Ogatama 2 at Kamakuragu / Daitonomiya. Kamakuragu is dedicated to Prince Morinaga, martyred at the age of 26 while defending the Imperial Family. Prince Morinaga was also known as Otonomiya, hence the dual place-name Daitonomiya ('dai' and 'o' being represented by the same kanji) / Kamakuragu on the bus-stop. The Prince himself is entombed on a hillside about halfway toward Zuisenji, at a site under the special protection of the Imperial Household Agency. He and his wife are also remembered with a cenotaph at another temple, Myohoji, also known as the moss temple of Kamakura. The leaves of the Ogatama tree in the print are used in the Noh dramas held here every autumn.